Are you wasting your time with Social Media? 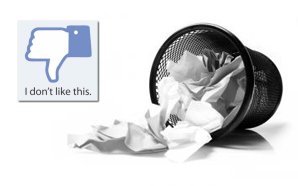 Are you wasting your time with Social Media?

Social Media networks like Facebook, Twitter & LinkedIn seem like obvious ways to communicate to customers, particularly if you’re a small, time and money strapped business. But is the time you spend posting tweets, status updates, collecting friends, followers and “likes” really likely to provide a return on your investment?

If you take the investment in Social Media currently being made by global brands you might believe riches are just a “like” or a re-tweet away. For the last year or two we’ve seen many a household name abandon their own URL in favor of their Facebook fan page details when advertising in media like TV, radio and print. But just recently a few have gone back to their own website details. I wonder why…?

Now don’t get me wrong, I’m a big fan of sites like Facebook, Twitter and LinkedIn. I actively post links, stories and general fun stuff on my feeds but I do it, well, just for fun! I’ve always worried that Social Media might be, well just fun and ultimately ineffective as actual marketing time. As a result I’ve never spent time on Social Media if it came at the expense of direct customer contact (like actually talking to people) or production work.

My doubts about the effectiveness of Social Media where further solidified in a Marketing Week article last year by Mark Ritson entitled " The seven dumbest sins of Social Media”. If you haven’t read the article do it now.

While Ritson’s article is, by his own later admission “inflammatory” it brings Social Media rightly back to the right decision making spotlight that any potential marketing campaign should be put under. Essentially we should always be asking the question “Are my potential customers looking here for buying advice?”

As if to underline the Ritson article, the TMS Digital Life Study published in November found that 61% of the UK consumers surveyed “do not see Social Media as a place to interact with brands”…

As I said, Social Media is an attractive option for small to medium companies because it's easy and relatively cheap. But if your customers don’t live in that world, or they have their mind firmly on other activities while they are there, your efforts will be wasted.