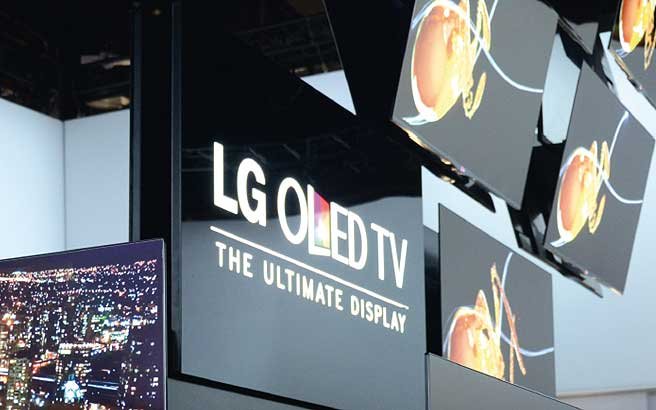 This post was originally written by Presto's Geoff Meads for Electrical Retailing Times magazine and is reproduced here with their kind permission.

The nay-sayers will tell you that the Consumer Electronics Show (CES) in Las Vegas has had it's day. They'll bleat on that it's now dominated by mobile technology which is far better covered by other shows and, with Microsoft's departure this year, it's lost it's gravitas. If you attended last year you might be tempted to agree. Speaking s a ten-plus year veteran of CES the 2012 show definitely lacked a certain something. It was missing a dominant "new kid" technology that defines a good expo. Sure, there was plenty of 3D but nothing really "sticky" appeared. Not so with this years expo.

The faux excitement of 3D at last year's show made way for a refreshing "march to 4K" theme for this years CES. For everyday viewing 3D is, at best, a solution looking for a problem and, in some cases, the solution 'ain't that great. But 4K is simply brilliant and CES 2013 featured 4K screes from Samsung, LG, Sharp, Panasonic and Toshiba.

"But Geoff there's no 4K content" I hear you say! Yup, you're right. I think 4K is making broadcasters really nervous; they'll be more investment needed in recording, more bandwidth for transmission and more space for storage. But to focus only on broadcasting misses the point...

Broadcasting "aint all that" anymore

The folks that worry about a lack of 4K content are still thinking about the "old skool" (sic) multicast model. Basically, a few wealthily broadcasters bestowing the programmes they see fit to share on a cap-doffing public. Don't get me wrong, Mrs Meads and I love Downton Abbey but thats but a small part of what we watch. Think about it, how much of your viewing comes from the regular TV channels anymore? Online content, console games and family photos all come from a world free of the normal constrains of broadcasting and where huge resolution content is already available.

If you ask a client how big they want their new TV, chances are they'll want it bigger than is sensible. The average size for a domestic TV has risen dramatically since the introduction of the flat panel and more pixels (4K has about 4 times the number of "regular" HD) means a smoother picture on bigger screens, either from proper 4K (UHD) content or from scaled HD programmes.

No, not a typo... I'm love with OLED TV. They're thinner, they do colours better, they're more power efficient and, to borrow a Los Bravos lyric, "Black is Black". This is the future of TV. CES has wall-to-wall "world's first" models from LG, Samsung, Sony and others.

OLED sets promise much but,sadly, you're going to have to temper your enthusiasm for a little while yet. While LG were "accepting orders" for it's first production model their first set it's coming with a $12,500 price tag for the 55" model. Ouch. Oh, and no definite delivery dates were on offer which, given many manufacturers gift for over-egging availability dates at trade shows, seems like a good way of saying "God knows"...

Not so Smart TV

According to a statistic shared at the recent CEDIA "Future of Home Technology" conference 33% of all prime-time Internet traffic in the US in 2012 was Netflix. Smart TV isn't new anymore and, while 4K and OLED are things to think about for later in 2013, Internet connectivity is here, right now. But, in general, the user experience is painful. If the TV business wants to avoid an even bigger shift from big screen to small tablet it needs to solve and demonstrate one simple thing; how to find content on a Smart TV without a degree in degree in information architecture. For me that's the challenge for us all in 2013, making the sensational new TV sets on display in Las Vegas actually usable with online content.