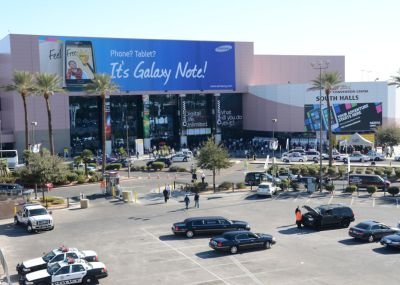 The CES 2012 show in Las Vegas turned out to be one of the busiest in years with over 3000 brands on show and early reports suggesting a record breaking 130k visitors! There was plenty to see, hear, touch and wonder at. Here are just a few of the trends that caught our eye…

Ultra thin and ultra bright OLED TVs from the likes of LG and Samsung were an immediate hit. Production models are due later in 2012 but the samples on display were, in our eyes, the darlings of the show from an AV perspective.

US mobile phone network, Verison, had a heap of applications for the new 4G mobile data services. With speeds of around 80Mb/s possible In-car applications like real-time 3D satellite navigation were interesting, even if only shown at concept stage. The biggest opportunity for 4G in our opinion lies in its potential in breaking down the current LAN / WAN dividing wall in partnership with the new IPv6 standard. This could mean a more “personal” data existence with seamless availability whether you’re at home or on the move. An exciting prospect but, for those of us that live outside of a busy metro area, probably still a few years away…

Developments in 3DTV seemed a little muted this year, perhaps the big names are starting to realize that the average household is still underwhelmed with the experience of wearing the required glasses. For us 3DTV remains an “event viewing” experience and will probably remain so while glasses are still with us. Yes, a few “glasses free” 3D sets where shown and yes, they were all pretty grim! new trend in PC laptops was evident, named (for now) the “Ultrabook”. In short they’re PC versions of the Apple Airbook being highly portable, fairly powerful, quite pretty and considerably more expensive then the usual PC laptop fodder. Manufacturers like Acer, Dell and Toshiba are betting they can ease a few more pounds / dollars from corporate purses by increasing executive desirability. With company budgets tight and Apple’s product already ingrained in the market they’ll have a tough job on their hands.

Examples of Microsoft’s new Windows 8 OS showed a strikingly different UI, more akin to the Windows Phone system than any of their previous desktop versions. In other GUI news Gracenote (keeper of the worlds favorite music database, as used by iTunes and many, many others) were showing a fascinating slant on music choice; mood based playlist creation. Chosen with words or colours a new playlist can be created in the “concept” system pretty quickly and influences from other aspects of your music listening such as commonly favored tracks being integrated.

So, our jaunt to Las Vegas for CES 2102 was enjoyable, busy and interesting. If anything it was only marred by the new of Justin Beiber being in town. I guess you can’t have everything!

See more pictures from the show on our Facebook page.