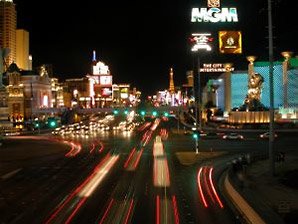 Eight thousand or so miles is a long trip but the CES in Las Vegas is a must if you need to know what’s coming up in the world of gadgets and electrical goodies.

Like so many of our industry colleagues we’re on our way to Las Vegas right now for the 2012 Consumer Electronics Show (CES 2012 for those in the know).

In the past there were plenty of huge launches from major manufacturers held back for a grand unveiling at CES. The Internet has changed all that with most of the big news already hinted at online in the run-up to the show. But there’s no substitute for getting your hands on all the shiny stuff at CES itself, usually still some weeks before it hits the shops.

So what are the likely big deals at this year’s show? Last year was all about 3D TV with everyone in the game touting his or her own variation on the latest in immersive viewing. For us though, 3D was always going to be a technology best kept for really big screen viewing and the public seemed to have voted in agreement, keeping 3D on regular TVs asa nic to have nut ultimatly non-essential feature. Special glasses just for watching Eastenders anyone? No? Thought not! We're still expecting 3D to be on the show agenda for many TV manufacturers though.

The roll out of the next generation for mobile data technology (4G) is another dead-cert theme of the CES this year. Network and handset availability are still in their infancy but the CES is all about the next big thing and we’re pretty sure we’ll see plenty of up and coming mobile devices on show with 4G.

As for high-end audio we’re not expecting any game changers. Music streaming is likely to still be a big feature, with newer generations of hardware and even more control app offers. We’re also sure to see a few more USB DAC products again this year as computers and network devices bang more nails in the lid of CDs coffin.

So, with that in mind its time to put away the laptop and head for the departure gate. Look out for our CES 2012 news on our Twitter feed at @prestoav!